The teams presenting their business plans are given supportive advice to guide their development during our meetings by the following professional experts who are kindly volunteering their time.

Ted Yoo, Partner at Bennett Jones, is a registered patent and trademark agent in both Canada and the United States. His practice covers all matters related to intellectual property, but is particularly focused on the preparation and prosecution of patent applications, licensing, patentability and freedom to operate opinions. With a background in microbiology and chemistry, and an enduring personal interest in all areas of technology, Ted acts for clients in the fields of biotechnology, nanotechnology, pharmaceuticals, forestry and agriculture, and the oil and gas industry. He is a Sessional Lecturer in IP Law at the Faculty of Law, University of Alberta and has lectured in the Faculty of Engineering, University of Alberta.

Brett Clelland joined Parlee McLaws LLP as an associate in 2015, after working as a summer student and completing his articles with the firm. His practice is focused on the area of intellectual property law. During his articling year, Brett gained experience in the preparation and prosecution of patent, trademark and industrial design applications, providing patent and trademark opinions, trademark opposition proceedings, and copyright matters. Prior to entering the legal field, Brett graduated with a Ph.D. from the University of Alberta, where his research experience encompassed the areas of molecular biology, protein and nucleic acid biochemistry, and microbiology. Following this, Brett attended law school in order to pursue a career in intellectual property.

Colin Coros, Chief Commercialization Officer at Nanostics Inc. As Executive in Residence at TEC Edmonton, Colin provided mentorship in areas of health sciences, company mentoring, and strategic consulting. As the CEO of the Delta Genomics Centre, he built a national biobanking, genotyping and sequencing company for the livestock industry. He is also the co-founder of Helios Genomics, a metagenomics company specializing in the Energy sector, and former executive of Livestock Gentec. Colin holds a PhD in Biochemistry from the University of Western Ontario, an MBA from University of Saskatchewan’s Edward School of Business, and completed postdoctoral studies at the Wadsworth Centre in Albany, New York, and the University of Calgary.

Cory Janssen is President of Galt Capital, a private investment firm, and co-founder of Janalta Interactive, an online media company. He is also a director at Brace Tool Inc, a private oilfield tools company. He was a co-founder of Investopedia.com, a financial education site that provided content and tools to help educate individual investors. Cory is past-President of the Edmonton chapter for Entrepreneur’s Organization (EO) and active in the Edmonton entrepreneurial community as a member of the A100 as well as the Venture Mentoring Service (VMS) program at the University of Alberta. Through Janalta Interactive, Cory is in startup mode again with a new machine learning venture to help solve old problems in new ways.

Harold Jahn is the founder and sole shareholder of Prosperity Investments LLC. He has over 30 years of international business experience in the industries of renewable energy, internet, mining, energy, real estate development, fintech, and commercialization of new technologies. He has developed an extensive network of professionals globally in industry, locally, and politically to ensure successful ventures. His long term goal is to create a minimum of 1,000 full time positions per annum in smaller communities throughout the US and Canada.

Deborah James is the Executive Director of Innovation in the Faculty of Medicine & Dentistry, University of Alberta and is CEO of eDJe Consulting Inc, a strategic healthcare consulting firm with a commitment to upholding the tenets of sustainable health and health care. Deborah’s ability to conceptualize and persuasively deliver new ideas contributes to her success at business development. She has expertise in precision medicine, in vitro diagnostics, pharmaceutical development, genomics, immunology and translational sciences.

Joanna Preston is Associate Director of the Technology Management team (Health Sciences) at TEC Edmonton, and oversees the provision of IP management and commercialization services to local inventors in the health sciences area. She spent a decade in production roles in the biomanufacturing industry, first with a private Alberta firm, and later with the Alberta Research Council. She holds a Bachelor of Science in Genetics and an MBA in Technology Commercialization, both from the University of Alberta. Joanna is a member of the Association of University Technology Managers and the Licensing Executive Society. She is also a case study discussion leader for the Canadian Intellectual Property Office and a grant reviewer for the Canadian Institute of Health Research.

Mark Benning is an experienced entrepreneur who founded and led four investor-backed, technology startups in Silicon Valley, California over a 20-year period. As an Executive in Residence at TEC Edmonton since 2017, he acts as a mentor to entrepreneurs and executives and as an advisor to TEC’s Business Development team. Over the years, he has worked for various private equity and venture capital firms and has raised over $100 million in angel and venture funding for his startups and others he advised. He has a BA in Economics from Harvard University and an MBA from Stanford University, where he focused on leadership and entrepreneurship.

Ray Muzyka is the CEO & Founder of Threshold Impact. He originally trained as a medical doctor, and cofounded and was CEO of BioWare, a video game development studio. BioWare was acquired by Electronic Arts in 2007, and Dr. Muzyka took on the roles of Senior Vice President at Electronic Arts and General Manager of EA’s BioWare division. At ThresholdImpact he focused on sustainable, profitable impact investing: mentoring and angel investing in information technology, new media, and medical innovations with social entrepreneurs. An active angel investor and entrepreneurial mentor, he is a member of the Young Presidents’ Organization, the A100, the Ashoka Support Network. He is Chair of the University of Alberta’s entrepreneur Venture Mentoring Service and a venture advisor at iNovia Venture Capital.

Riya Ganguly, Innovation Coach, University of Alberta, developed her career in research partnerships and technology development as a Technology Manager at the University of Manitoba where she was involved in patenting and negotiating licensing agreements with commercial partners. She worked with Innovate Calgary as an Intellectual Property Manager, supporting industry partnerships and technology-transfer activities. Riya obtained her master’s degree from York University, where she focused on adipokines in cardiovascular disease, and her PhD focusing on nutraceuticals and cardiovascular disease from the University of Manitoba.

Ryan Heit has a diverse background in research, technology commercialization, business development, and financing early stage companies. Ryan has provided business planning and company development for many early-stage, technology-based ventures in health-related fields in his position at TEC Edmonton and as an independent consultant. Additionally, he has helped multiple Alberta companies in obtaining financing in his role with the angel investing network, TEC VA. He received his Masters in Experimental Oncology and his Masters of Business Administration with a specialization in Technology Commercialization from the University of Alberta.

Samarendra Maiti, Distinguished Scientist at Brass Dome Ventures, obtained his PhD from the Kalyani University, West Bengal, India in 1980. He has over 35 years of experience in medicinal & synthetic chemistry and has collaborated with large pharmaceutical companies in important therapeutic areas such as, antimicrobials, cardiovascular, CNS, and metabolic disorders. He has written chapters in two books, written five reviews, and has 15 patents and 60 publications. During the 35 years of his research career Dr. Maiti was involved in three antimicrobial projects that successfully produced three clinical candidates, one of which is already in the market, and two that are in development.

Sameeh Salama, Vice-President of Business Development at Brass Dome Ventures, and VP of Fedora Pharmaceuticals. He was formerly VP of NAEJA Pharmaceuticals Inc. where he was involved in over a dozen licensing and partnership agreements, including the licensing of NAEJA’s Beta-lactamase inhibitors to Fedora Pharmaceuticals Inc. and later the licensing of the same assets to F. Hoffman La Roche in a US$750 million deal. Dr. Salama was previously a Director of Microbiology at SynPhar laboratories Inc. He received his PhD in Medical Microbiology from the University of Salford, U.K. and postdoc’d at the University of Alberta.

Scott Reed is the Director, Business Development at Brass Dome Ventures. He obtained his Chartered Financial Analyst designation in 2007 and his MBA in 2013. He has been working in the financial and consulting industry since 2002. He has worked in both small and large organizations and has a variety of experience. Ted Yoo, Partner at Bennett Jones, is a registered patent and trademark agent in both Canada and the United States. His practice covers all matters related to intellectual property, but is particularly focused on the preparation and prosecution of patent applications, licensing, patentability and freedom to operate opinions. With a background in microbiology and chemistry, and an enduring personal interest in all areas of technology, Ted acts for clients in the fields of biotechnology, nanotechnology, pharmaceuticals, forestry and agriculture, and the oil and gas industry. He is a Sessional Lecturer in IP Law at the Faculty of Law, University of Alberta and has lectured in the Faculty of Engineering, University of Alberta.

Contact us if you'd like to join the DiscoveryLab panel of advisors and volunteer an afternoon mentoring a few start-ups.

The founders of DiscoveryLab who organize our events are: 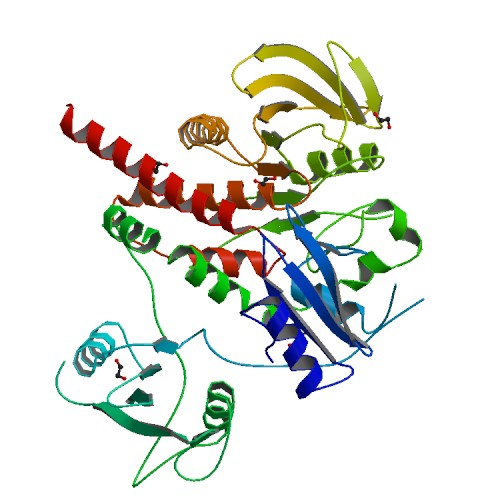